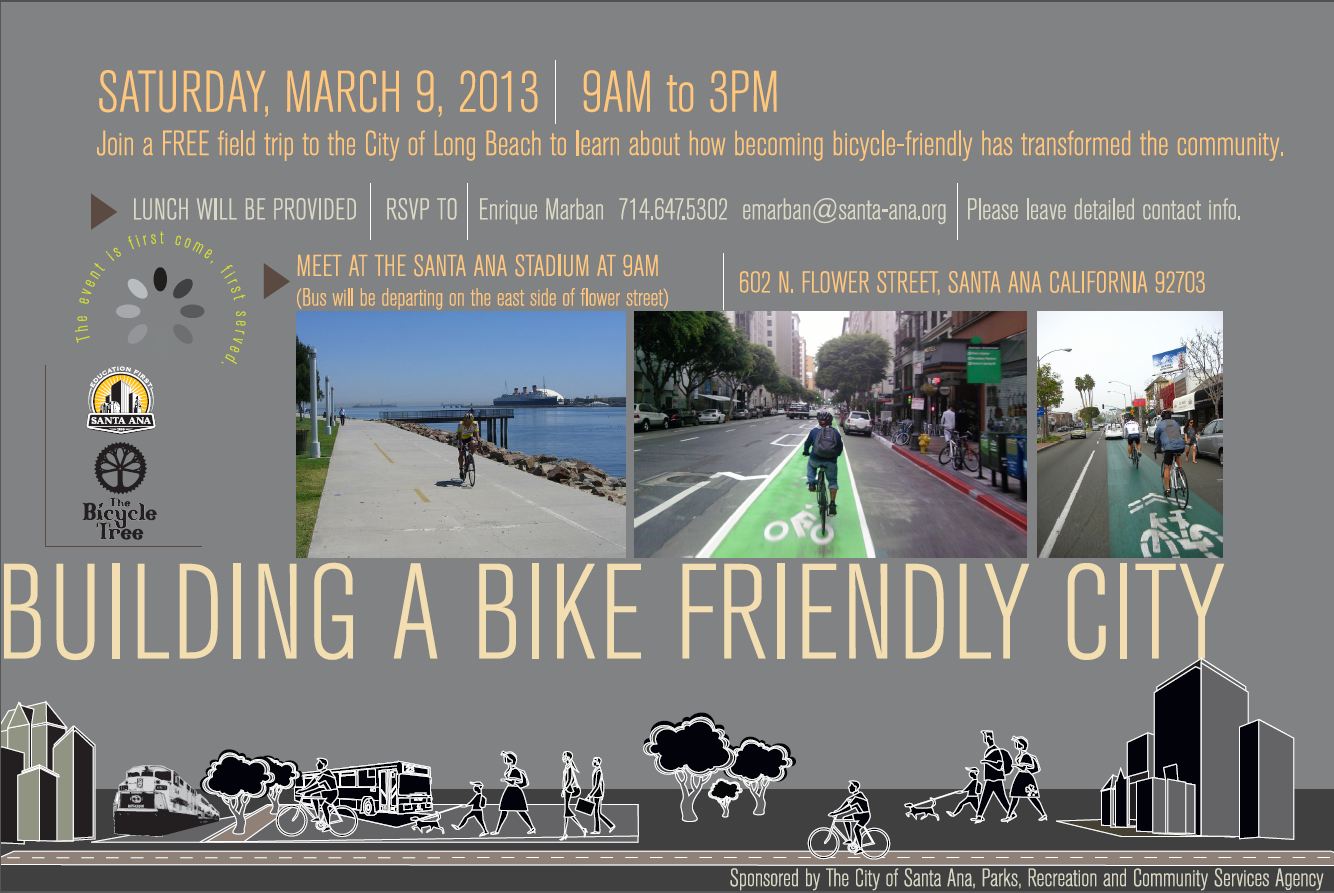 SANTA ANA, CA (February 28, 2013) – The City of Santa Ana Parks & Recreation Department and The Bicycle Tree have teamed up to host a “Building a Bicycle Friendly City” Event on Saturday March 9th, from 9am-3pm. Attend this event to learn about the ways in which the City of Long Beach has made improvements in their biking system to transform their city.

Bus transportation from Santa Ana Stadium (Eddie West Field) to Long beach will be provided to the participants. Biking and walking tour options will be available. Bicycles will be provided for those who would like to go on the biking tour, although, the number of bicycles is limited.

The event is first come, first served and a boxed lunch will be provided to all participants. Please RSVP to Enrique Marban by phone at (714) 647-5302 or email at emarban@santa-ana.org.