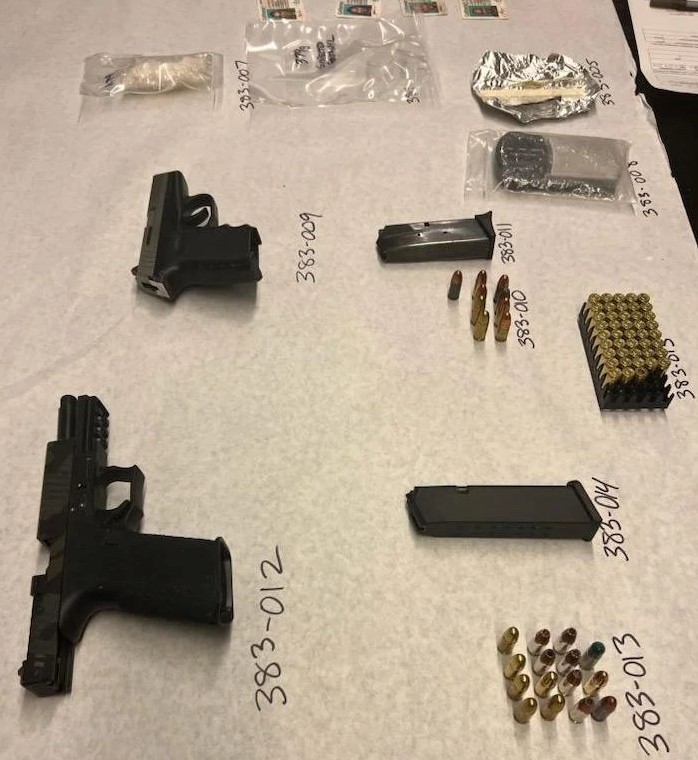 During a search of the vehicle, the officer located two loaded handguns, ammunition, drugs and fraudulent identification cards.

The three occupants of the vehicle were all arrested for various charges. For one of the occupants, this was his second felony gun arrest by the Westminster Police Department in the last 5 months.