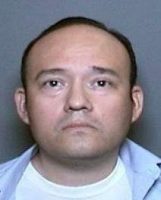 SANTA ANA, Calif. – A man is scheduled to be arraigned tomorrow for lewd acts on children and possession of child pornography after posing as a teen boy and soliciting nude images of young girls on social media.

“Keeping children safe from sexual exploitation is a top priority for HSI,” said Mark Zito, Assistant Special Agent in Charge for HSI Orange County. “We will continue to work closely with our law enforcement partners to investigate those who commit these types of crimes to ensure they feel the full weight of the law.”