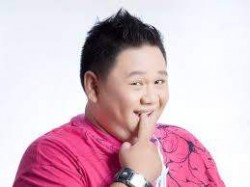 WESTMINSTER, Calif. – Vietnamese entertainer “Minh Beo” was convicted today of sexually assaulting a minor boy and attempting to commit a lewd act on a fictitious minor. Minh Quang Hong, who goes by the stage name “Minh Beo”, 38, Garden Grove, pleaded guilty today to one felony count of oral copulation of a minor and one felony count of attempting to commit a lewd act upon a child under the age of 14. Hong is expected to be sentenced to 18 months in state prison and mandatory lifetime sex offender registration at his sentencing on Dec. 16, 2016, at 8:30 a.m. in Department W-2, West Justice Center, Westminster.

The count of oral copulation of a person under 18 years old [288a(b)(1) PC] is a wobbler, which means it could be charged as a felony or a misdemeanor. The Orange County District Attorney charged Hong with a felony given the circumstances of the case. The defendant was eligible for probation but was not offered probation. The agreed upon 18-month sentence follows the statutory sentencing scheme on the charges to which Hong pleaded guilty.

Hong traveled from Vietnam to visit Orange County and Atlanta, Georgia. Hong is a well-known Vietnamese entertainer with access to children.

On March 23, 2016, Hong orally copulated 16-year-old John Doe when the victim arrived for the audition. Shortly thereafter, John Doe reported the crime to the Garden Grove Police Department (GGPD), who investigated this case.

The next day, an undercover GGPD officer posing as a fictitious teen communicated with the defendant while further investigating the case. Hong set up a meeting with the officer, whom he believed to be a minor, with the intent of committing a lewd act. The defendant was subsequently arrested by GGPD.

« Man who stabbed a concert-goer at Underground DTSA to be tried for murder
Two O.C. men convicted of trying to hook up with prostitutes »