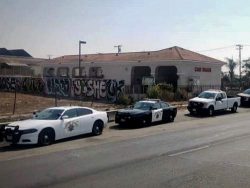 Two arrests were made, including one for possession of fentanyl. The suspects were not identified.

Now if only this would happen all along the Santiago bike trail in Santa Ana, leading to Harte Park in Orange…