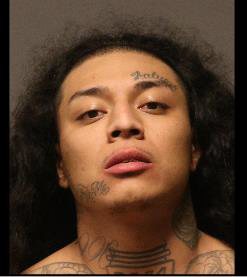 Michael Alexander Rodriguez, 26, of Garden Grove and Bich Dao Vo, 30, of Westminster. Vo, also known as Michelle Rodriguez, were arrested on suspicion of assaulting and kidnapping the woman’s mother and three other relatives, including two kids, from a Westminster home while demanding money and taking them to a Costa Mesa hotel Thursday morning, according to the police.

On October 27, 2022, at about 2:37 am, Westminster Police Officers were dispatched to the 14300 block of Pine Street in reference to a kidnapping and assault with a deadly weapon. When officers arrived, they found a female and a male adult victim bleeding from head injuries.

Officers learned the suspects, armed with a handgun, forcefully entered the residence and demanded money. A 14-year-old female and 6-month-old baby were also inside the residence. The male suspect pistol whipped both adult victims when there was no money found.

At gun point, the suspects forced the victims into a cargo van parked outside and drove the victims to a Hotel in Costa Mesa. The suspects threatened to kill the victims if they did not get money. The two adult victims were able to escape the motel room leaving the two children behind inside the room. The victims who escaped returned to the residence on Pine St. and called 911 to report the incident.

With the assistance of Costa Mesa Police Department, the two children were found uninjured inside the Hotel room. Westminster Patrol Officers, who were looking for the suspects, spotted their van in the area of Goldenwest St. and Westminster Blvd. and subsequently conducted a high-risk felony traffic stop the suspects were taken into custody.

A loaded .40 caliber handgun and a loaded AK-47 style rifle were located inside the van. The suspects were identified as Michael Alexander Rodriguez and Bich Dao Vo, who is related to the adult female victim. Rodriguez and Vo were taken into custody without incident and later booked into the Orange County Jail for the above listed charges.

The investigation is ongoing and WPD detectives urge anyone with additional information to contact the Westminster Police Department Major Crimes Unit at 714-548-3773, or Orange County Crime Stoppers at 1-855-TIP-OCCS or by logging on to www.occrimestoppers.org. Callers can remain anonymous.