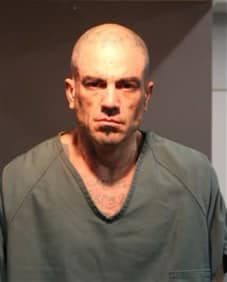 The SAPD has figured out who died in the June 10 mobile home fire and two suspects are now under arrest for the murders.

The SAPD investigators believe that that one of the men they arrested, Jason Philip Blanchard, 43, got into an argument with one of the victims over property. However the SAPD has not yet identified an exact motive.

The victims were a couple who were dating. The SAPD identified them as Steven Christian Lucero, 30, and Jillian Alise Jones, 33. Witnesses told the SAPD that shots were fired at the scene either before or after the fire started.

Blanchard was arrested in Barstow on June 13 on suspicion of murder, arson and use of an incendiary device. Police arrested an unnamed second suspect on Wednesday in Apple Valley. That suspect won’t be identified until the arrest charges can be determined.

The mobile home fire happened on June 19 after 10 p.m. at the 5000 block of W. McFadden Avenue. Lucero’s body was found the night of the fire, and police announced on June 15 that Jones’ body had been found.

Police believe the fire was an act of arson and was set deliberately.