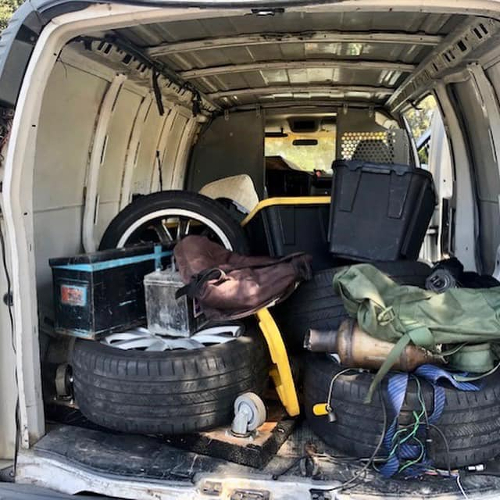 On 8/2/2022, at approximately 8:53 AM, SAPD police officers were conducting an area check at the 1400 block of S. Joane Way. An occupied white van was observed with a known parolee quickly exiting the driver’s door and running away from it. A passenger ran from the van as well.

After a short pursuit, the parolee was taken into custody and was found to have outstanding warrants for his arrest.

The van was a reported stolen vehicle and contained stolen catalytic converters and burglary tools in the cargo area.