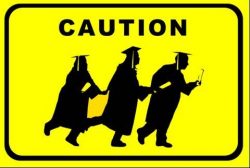 At last night’s council meeting, the Santa Ana City Council approved a resolution urging the United States Congress to immediately pass the Dream Act of 2017 and to protect immigrant youth and families from deportation. Earlier this month, U.S. Attorney General Jeff Sessions announced that the Deferred Action for Childhood Arrivals (DACA) program would be rescinded. Upon rescission, more than 800,000 individuals would lose their DACA status and accompanying protections, including their eligibility to remain in the U.S. and their eligibility to work.

DACA is an immigration policy established by the Obama administration in June 2012 that permits individuals who entered the country illegally as minors to receive a renewable two-year period of deferred action from deportation and eligibility for a work permit.

Currently under consideration by Congress, the Dream Act of 2017 is a bipartisan bill that would provide a direct road to U.S. citizenship for people who are either undocumented, have DACA or temporary protected status (TPS), and who graduate from U.S. high schools and attend college, enter the workforce, or enlist in a military program.

“I fully support DACA students and the need for immigration reform. This country was founded by immigrants and it is immigrants who have contributed to making this land we call home. I am a fourth generation Mexican American born in the United States who embraces dignity and unity,” stated Mayor Pro Tem Michele Martinez.

“The Dream Act of 2017 is a strong bill that would provide a path to citizenship and allow equal access for thousands of youth to have the opportunity to achieve their full potential. We must continue to support policies that are inclusive and protect our immigrant community,” commented Councilmember Vicente Sarmiento.

DACA provides critical deportation protection and work authorization to nearly 800,000 Dreamers who have passed a rigorous background check, paid a fee and are currently in school, active duty or the workforce.

“The consequences of ending DACA without a legislative solution will be devastating,” remarked Councilmember David Benavides. “Dreamers are among the many immigrants that have greatly contributed to our economy and strengthen our communities,” Benavides added.

“Comprehensive immigration reform is long overdue. The Dream Act would allow young immigrant students who grew up in the United States to apply for legal status and eventually citizenship if they meet educational, work, or military requirements, successfully pass a background check, and remain in good legal standing. A step in the right direction, the Dream Act is good public policy with bipartisan support in Congress. Let’s help these deserving youth and families succeed in America,” affirmed Councilmember Jose Solorio.

The Santa Ana City Council is joined by the Santa Ana Unified School District Board of Education who has passed a resolution supporting DACA and protecting and supporting SAUSD students, parents, and staff. The school district’s resolution is available at:
https://www.sausd.us/cms/lib/CA01000471/Centricity/Shared/Resolution%201718-3205.pdf.

« Santa Ana man charged with stabbing and murdering his wife
Santa Ana Graffiti Paint Out and Community Clean Up Day set for Oct. 7 »

One thought on “The Santa Ana City Council is urging the U.S. Congress to pass the Dream Act of 2017”