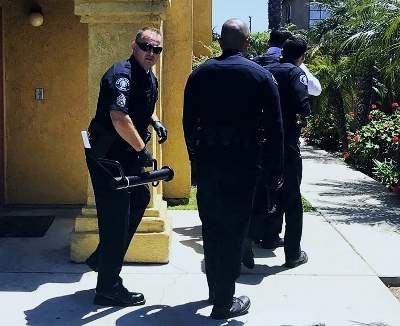 Yesterday, May 16, 2018, at about 1:54 p.m., Costa Mesa police officers executed a search warrant at the 400 block of Hamilton Street, based on multiple calls for service, stops, and narcotics arrests previously made.

Over the course of several months, it became apparent that heavy foot traffic was coming to and from the location. Neighbors expressed concerns regarding the drug activity in the neighborhood stemming from this location.

During the execution of the search warrant, three adults were located inside, along with a 10-year-old girl.