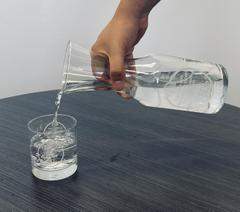 Touted as the “Academy Awards of Water,” water officials and aficionados from the United States and abroad attended the water tasting festival last month where 12 judges spent hours tasting water from more than 118 different sources in 19 states, five Canadian provinces and 16 foreign countries. Waters were tasted in four separate flights over a period of two days. Similar to a wine tasting, judges rated the water for each attribute, including appearance, aroma, taste, mouth feel and aftertaste.

Year after year, Santa Ana has been recognized for its high-quality, award-winning tap water. The City was honored with the gold medal in 2018 and 2014 as well as the silver and bronze medals in 2012 and 2011, respectively.

This long history of awards attests to Santa Ana’s commitment to ensuring a healthy, reliable and safe drinking water supply that exceeds the drinking water health standards requirement by both state and federal agencies. These standards are outlined in the City’s annual Water Quality Consumer Confidence Report, which will become available in June at http://santaanaccr.org/.