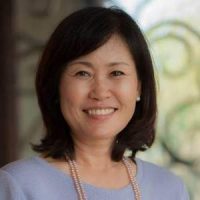 One thought on “The chair of the O.C. Board of Supervisors defends the name of John Wayne Airport”