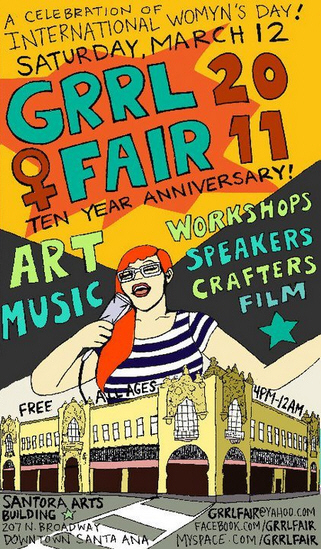 The night’s musical lineup is as follows:

“Lazy Preacher’s sound on their fourth effort, the conveniently titled 4th & Independent, is tough to pin down. At times, as on opener “The Only Excuse”, they sound like a male fronted Rilo Kiley with all the same lyrical talent. “3 Spaced Out Days” is reminiscent of Modest Mouse’s most tender moments whilst “Hey Now” recalls The Shins. In fact, 4th & Independent resembles an encyclopaedic ‘who’s who’ of American Indie. Not that there is anything wrong with that. Indeed, quite the contrary, as Lazy Preacher succeed in proving on all twelve tracks here. To pique curiousity there are also original covers of Daniel Johnson’s “Silly Love” and Nirvana’s “On A Plain” – well worth a listen or two.”

Here is Lazy Preacher performing at a recent Art Walk: