Santa Ana, CA – Nov.21, 2016 – Black Friday has always been about big box retail establishments sharing the biggest deals of the season but in 2016 Downtown Santa Ana will provide an eclectic, easy going and interesting approach to Black Friday while offering customers tons of shopping fun. For example, our Downtown Santa Ana Black Friday will be topped off with a whole roasted pig by Chef Ross at the grand opening of Mix Mix Kitchen Bar where carvings and cocktails will be handed out to the whole community. END_OF_DOCUMENT_TOKEN_TO_BE_REPLACED 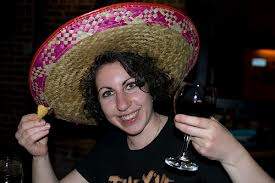 So as I understand it we are going to have a split marketing effort in Downtown Santa Ana with one group promoting the area to hipsters and the gay community and the other to paisas.  END_OF_DOCUMENT_TOKEN_TO_BE_REPLACED