Now the Orange County Fire Authority is asking the public to help identify the woman, based on a few pictures of the suspect that were taken from the store’s security camera footage. END_OF_DOCUMENT_TOKEN_TO_BE_REPLACED 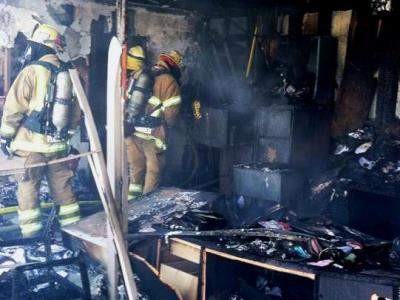 By Todd Spitzer, Chairman, OC Board of Supervisors, portions courtesy of the Orange County Fire Authority

Gold Spotted Oak Borer (GSOB), an invasive beetle that has killed thousands of oak trees in San Diego and Riverside counties in a short span of time, has now been detected in Orange County. The GSOB was discovered in approximately 60 trees on County park land in northern Orange County. Since GSOB is transported in oak firewood, it is critical that Californians keep firewood local and not move it out of the area.

This new detection of GSOB represents the second long-distance movement of the beetle from its known areas of infestation in San Diego and Riverside Counties. It is believed to have made the jump from either San Diego or Riverside to Orange County through the movement of infested firewood. “The public plays a key role in stopping the spread of the GSOB,” said Orange County Board Chairman, 3rd District Supervisor and OCFA Board Member Todd Spitzer. “When choosing firewood make sure you buy it from a local source and not from out of the area. This infestation could have devastating effects on Orange County and all California and we all must work to stop its spread.” END_OF_DOCUMENT_TOKEN_TO_BE_REPLACED

The T-shirt shows Fire Engine 45 surrounded by figures with baggy clothing, a pit bull, a tamale stand, with a caption that reads: “There goes the neighborhood,” with “Rancho Santa Ana” written on top. END_OF_DOCUMENT_TOKEN_TO_BE_REPLACED