The first assault occurred shortly after 11PM on September 4th, 2015. On this occasion, the suspect approached a lone female walking in the area of Raitt Street, south of McFadden Avenue. The suspect tried to engage the victim in conversation before he grabbed her, pinned her against a tree out of sight of passing cars, and began groping and sexually assaulting her. The victim scratched the suspect’s face, yelled, and was able to escape before the assault escalated.

The second assault occurred in the parking lot of 3701 S. Bristol Street in Santa Ana, on October 7, 2015. Video of the incident shows the suspect following a lone female in the parking lot as she walks toward her car. When the suspect caught up to the victim in the parking lot, he briefly tried to engage her in conversation, saying that his name was “Victor.” The suspect followed the victim between two parked cars, where he began touching and assaulting her. The victim screamed and began calling for help from security, prompting the suspect to flee on foot. The suspect was wearing a distinctive white t-shirt with graphics, shorts, and black tennis shoes. END_OF_DOCUMENT_TOKEN_TO_BE_REPLACED

The victim was hit twice in his upper body. The attackers sped off and the man was taken to a local hospital with what was described as non-life-threatening injuries. END_OF_DOCUMENT_TOKEN_TO_BE_REPLACED

A day after an SAPD gang unit got into a shootout with suspects at McFadden and South Sullivan, there was another possible gang-related shooting, not far from the site of yesterday’s police officer-involved shooting, according to the O.C. Register.

A man showed up at a local hospital today at around 4:15 p.m. with what looked like a gunshot wound, according to the SAPD. The man’s exact condition was not revealed. END_OF_DOCUMENT_TOKEN_TO_BE_REPLACED 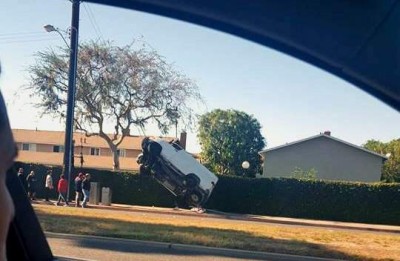 A white van crashed at about 12:15 p.m. today near Harbor and McFadden and ended up taking out two signal lights when it went up a light pole.

The power is out half a block down. END_OF_DOCUMENT_TOKEN_TO_BE_REPLACED 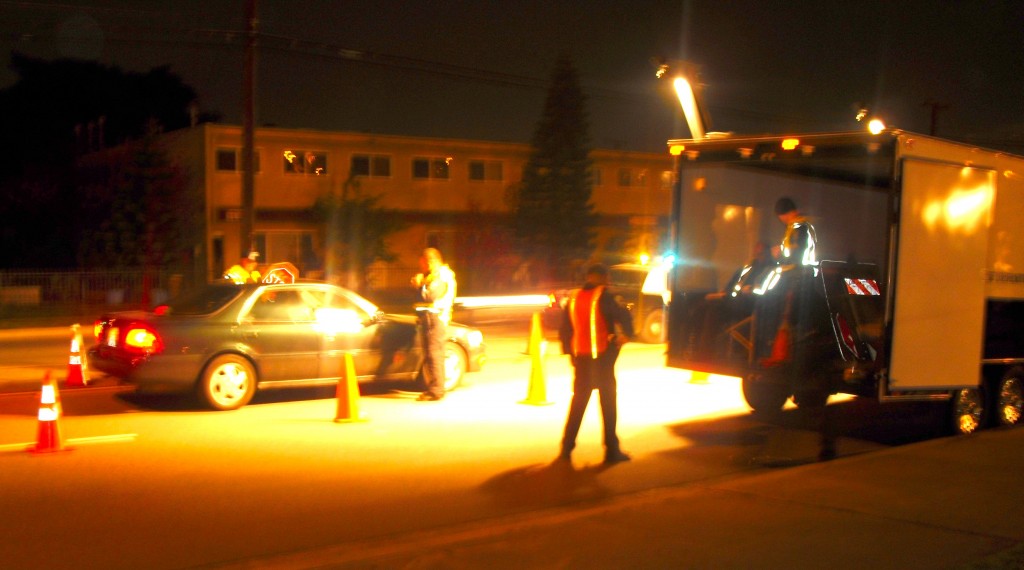 The SAPD is going to be conducting another DUI checkpoint on Friday, April 15.  They are being honest about the fact that their real goal is to take cars away from undocumented immigrants.  See their press release below:

The Santa Ana Police Department will be conducting a DUI/Drivers License checkpoint on Friday, April 15th, 2011. It will begin at 7:30PM and is scheduled to conclude at 1:00AM. It will be conducted in the area of 1500 E. McFadden Avenue.