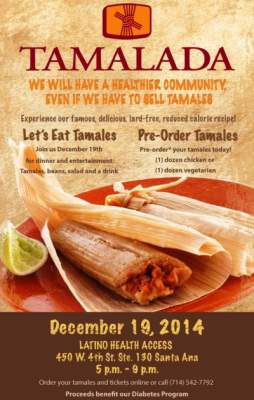 Latino Health Access welcomes the holiday season with its annual Tamalada or tamale party. They serve a healthy version of this Latin American wrapped corn meal that is low calorie and lard free.  The tamales will be served with beans, salad and a drink and entertainment will be provided as well.

You can pre-order chicken or vegetarian tamales or tickets online or call 714-542-7792.  The proceeds of this event will benefit the Diabetes Program at Latino Health Access. END_OF_DOCUMENT_TOKEN_TO_BE_REPLACED

Mother’s Market in Santa Ana and the American Diabetes Association are hosting a Free Diabetes Seminar on Tuesday, December 10, 2013, from 6:30 pm – 7:30 pm.

An American Diabetes Association survey says 40% of high-risk individuals thought they were not at risk of developing diabetes or prediabetes, while 30% of those with modifiable risk factors believed they had an increased risk of the condition. Health providers said 25% of at-risk patients were very well-informed about their higher diabetes and heart disease risk. 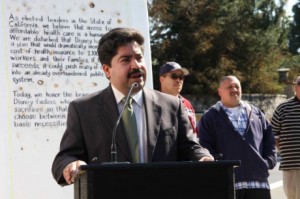 ANAHEIM – State Assemblyman Jose Solorio (D-Anaheim) is joining the City of Santa Ana in co-hosting a Senior Health and Information Fair on Tuesday, November 8, 2011 from 8:30 a.m. to 11:45 a.m. at the Santa Ana Senior Center. END_OF_DOCUMENT_TOKEN_TO_BE_REPLACED 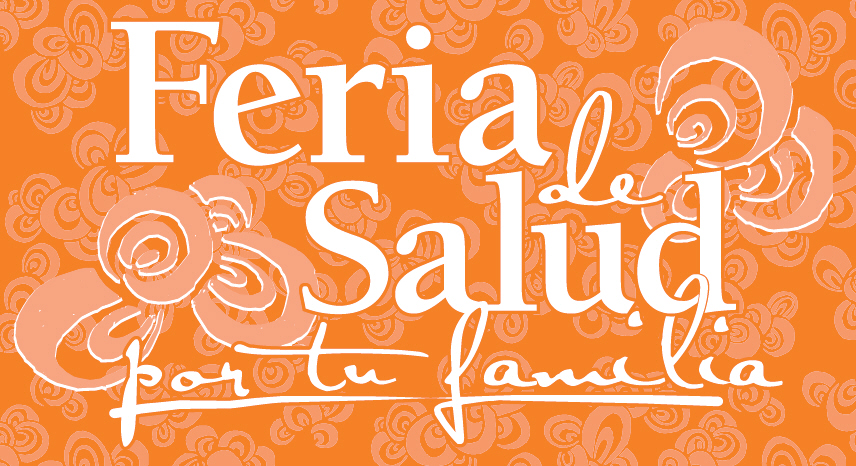 Where: The event will take place on 3rd Street, West of Broadway, Between Bush and Spurgeon, in the City of Santa Ana. END_OF_DOCUMENT_TOKEN_TO_BE_REPLACED