Sorry Santa Ana and L.A., the Chargers are staying in San Diego! 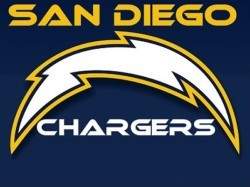 Santa Ana residents got very excited when the San Diego Chargers bought a plot of land in town this week, to develop into a practice facility and some offices. However the Chargers announced today that they are “staying in San Diego for the 2016 in hopes of negotiating a stadium deal with the city,” according to a statement released by team owner Dean Spanos.

Here’s the full statement from Spanos:

Today I decided our team will stay in San Diego for the 2016 season and I hope for the long term in a new stadium.

I have met with Mayor Faulconer and Supervisor Roberts and I look forward to working closely with them and the business community to resolve our stadium dilemma. We have an option and an agreement with the Los Angeles Rams to go to Inglewood in the next year, but my focus is on San Diego.

This has been our home for 55 years, and I want to keep the team here and provide the world-class stadium experience you deserve.

Everyone on both sides of the table in San Diego must now determine the best next steps and how to deploy the additional resources provided by the NFL.

I am committed to looking at this with a fresh perspective and new sense of possibility.

With deep appreciation for your years of support.

This really was always the best move by the Chargers. If they moved to Inglewood to share a stadium with the L.A. Rams they would make less money than if they had their own new stadium in San Diego.

And while San Diego is a smaller market than Los Angeles it has become a high tech center with lots of new web-related and medical technology companies. Plus they are adjacent to Mexico, which is doing a lot better than it was a couple years ago.

This means the Raiders are likely coming to Inglewood!