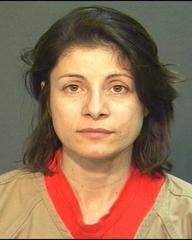 On April 16, 1995 Gonzalo Ramirez (12/06/1970) was kidnapped in Santa Ana. His body was found in the City of Irvine the next day. He was wrapped in fabric, and had been stabbed numerous times.

On April 16, 1995, at approximately 0055 hours, Gonzalo Ramirez and another male left the El Cortez Bar. They were driving northbound on Lyon and had stopped at Chestnut when they were struck by a white, late 80’s Chevrolet van from behind. Ramirez pulled over and a male, described as being white, 6’, 200 pounds, with blond hair got out of the vehicle that hit them and punched Ramirez, knocking him into the street. 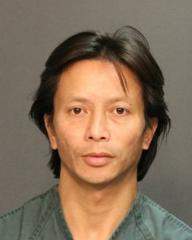 The passenger got out of the vehicle and a second subject, described as being male, Hispanic, 5’3”, 140 pounds, with black hair that was pulled into a long ponytail got out of the van and motioned to his waistband, inferring he had a weapon. The passenger also described another subject, possibly being a white female, sitting in the van. The passenger was frightened and ran northbound on Lyon from Chestnut. He located a security guard at the intersection of First and Lyon Streets and the two returned to Chestnut and Lyon. Upon their return they found Ramirez’ pickup running, a shoe belonging to Ramirez and some blood droplets were found in the street. The white van, suspects, and Ramirez were gone.

At approximately 0817 hours the Irvine Police Department responded to a man down at the end of Sand Canyon Road, near the 405 Freeway. They discovered the body of Gonzalo Ramirez lying on the dirt shoulder. An autopsy on Ramirez was conducted and determined Ramirez had suffered numerous blows to his head and torso with an instrument consistent to a meat cleaver. Ramirez died due to blows to the head.

Investigative reviewed phone call records of Gonzalo Ramirez and found that he had called Norma Patricia Esparza at her residence in Santa Ana and at her dorm on the campus of the Pomona College.

On June 8, 1995, at 0910 hours, Investigators interviewed Norma Esparza, who told them that she had met Gonzalo Ramirez at the El Cortez Bar on March 25, 1995. Esparza told them that she had gone to breakfast the following day with Ramirez and he offered to give her a ride back to Pomona College. When they arrived Ramirez told Esparza he was thirsty so she invited him up to her room. In her room, Ramirez allegedly assaulted her. Esparza said that several weeks later she told her ex-boyfriend, Gianni Van, about the assault. Van was angry about what had occurred but Esparza told him she did not want to do anything about it.

On June 13, 1995, Investigators spoke with Gianni Van and he told them that he was upset about the alleged assault of Norma Esparza, but denied any involvement in Ramirez’ death. Investigators notated that Van had black hair which was pulled back in a long ponytail. Van also told Investigators that he has a van registered to him, which actually belongs to Kody Tran, the owner of Accurate Transmission in Costa Mesa. 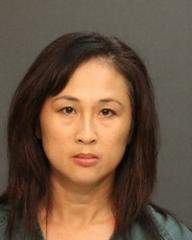 On June 14, 1995, Investigators drove to Accurate Transmission and spoke with Kody Tran. Tran told them that he owned a white Chevrolet Astrovan (2JTL140), and that Gianni Van has used the van in the past and may have used on April 16, 1995. Tran also told the investigators that Van would have had a key to Accurate Transmission, as a key to the business was attached to the key ring containing the van key. Orange County Crime Scene Technicians conducted a crime scene investigation on the van and transmission shop with the consent of Kody Tran. Evidence was collected from one of the walls of the office in the shop.

On March 4, 2010 I received a report by Forensic Scientist Mary M. Hong of the Orange County Sheriff’s Office Crime Lab. The report indicated that Gonzalo Ramirez could not be eliminated as the source of the DNA in the evidence recovered from the swab from the wall of the office.

In October of 2012, Norma Esparza was arrested on a murder warrant in the State of Massachusetts. She was extradited and booked into Orange County Jail. 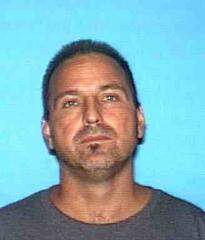 On December 6, 2012 a witness was interviewed who knew Gries in the mid 1990’s and that he was working for and living at a transmission shop in Costa Mesa owned by Kody Tran. The witness could not recall the year but said it was approximately fifteen years ago when they witnessed the kidnapping of Gonzalo Ramirez. The witness Gries, Kody Tran, and Diane Tran met Gianni Van and his girlfriend, who she could not name, at Kody Tran’s shop in Costa Mesa. The purpose of the meeting was to go to a Mexican bar in the area of Grand and Warner in Santa Ana so Van’s girlfriend could identify an individual who had allegedly assaulted her.

All of the parties proceeded to the location in two vehicles. One was a white van owned by Kody Tran and used for his business and a small compact car. While at the club Van’s girlfriend pointed out a male Hispanic subject who she claimed had assaulted her. When the male left the bar they followed him in the two vehicles. An unnamed witness said she and Gries were in the car and followed the white van, which contained everyone else. At an intersection not far from the bar the white van rear ended the vehicle, which contained the victim Gonzalo Ramirez, and another male Hispanic subject. Both vehicles pulled over and when Ramirez got out to inspect the damage several subjects from the white van exited as well. At this time Ramirez was physically assaulted by the occupants of the white van. The witness exited the vehicle she was in and Gries told her to get back in the vehicle. Shortly after Norma Esparza entered the vehicle and Gries told her to drive away from the scene. The witness drove Esparza to a bar located in close proximity to the transmission shop owned by Kody Tran. They were there for a short time when Gries called her and told her to take Esparza to the shop. When they arrived at the shop Gries met her and told her to come upstairs and see what they had done to this guy, and that if she ever “f*cked him over” he would do the same thing to her. The unnamed witness claimed she did not go upstairs to see the individual but that Esparza did go up to confirm the identity of Ramirez as the individual who had assaulted her.

Based on the DNA evidence and witness statements, The Orange County District Attorney’s office filed charges of Murder and Conspiracy on Gianni Van, Diane Tran and Shannon Gries. Kody Tran was also a suspect in this murder, however he committed suicide in the City of Irvine in July of 2012 during a standoff with SWAT.