The incident happened on Jan. 29, at around 4:40 p.m., at the 400 block of South Birch St., in Santa Ana, when Prewett and five other SAPD police officers were patrolling the neighborhood when the saw an occupied vehicle parked in the middle of an alley, effectively blocking street traffic. 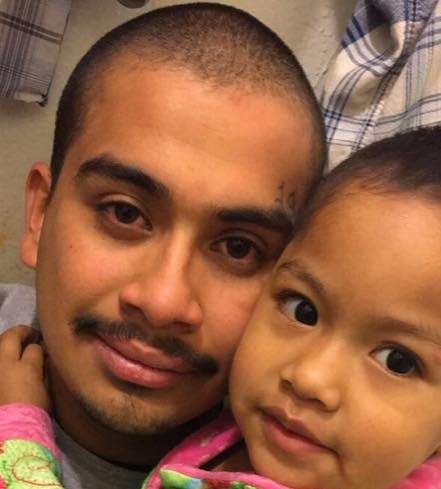 Prewett was one of several SAPD police officers who shot Elmer Perez, a 27-year old, while he was holding what turned out to be a replica handgun, back in 2010.

Salgado’s death prompted 30 protesters to march from Birch Street to the Santa Ana Police Department several days after the shooting.

The incident involving Salgado wasn’t the first time that Prewett has been cleared by DA investigators for his role in a fatal shooting.

In 2010, Prewett was one of several officers who shot Elmer Perez while the 27-year-old was holding a replica handgun. The police officers shot Perez in front of his girlfriend and their 2-year old son. It turned out the family had called the police to get help for Perez, who had been acting odd and had been agitated at his pregnant girlfriend. He was thought to be on drugs as well. And the family did not know that his replica handgun was not real.

Prewett and the other police officers were cleared by the OCDA in the Perez shooting. And Prewett dod not provide a statement to the OCDA investigators after that shooting either..

« Fresno man gets over 7 years in prison for pimping two 15-year old girls in Santa Ana
A Caltrans crew found a decomposing body near the 4th St. on-ramp at the 55 Fwy. »