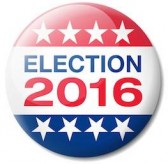 No Republican has a chance of victory in this race to replace the retiring Senator from San Francisco, Barbara Boxer. While Loretta Sanchez has her bad moments we are endorsing her rather than her main opponent, Kamala Harris, because Harris is yet another Bay Area politician. It is about time that Southern California was represented in the U.S. Senate!

The incumbent, Tom Daly, just might be Orange County’s worst corporate Democrat. He is a slave to the Disney Resort and to former Anaheim Mayor Curt Pringle, who is now a lobbyist. We heartily endorse his opponent, Ofelia Velarde-Garcia.

The incumbent, Andrew Do, used to be the Chief of Staff to the former First District Supervisor, Janet Nguyen. Now she has turned on him and he is facing off against another Little Saigon candidate, Phat Bui. We endorse Santa Ana Council Member Michele Martinez. It is about time that Santa Ana was represented by one of its own!

There are several candidates running for the DPOC’s Central Committee in the 69th District. We are endorsing:

There are several candidates running for the OC GOP’s Central Committee in the 69th District. We are endorsing:

Orange County Board of Education, Area One:

The incumbent, Robert Hammond, is a Tea Party extremist. He has no business representing the people of Santa Ana. We endorse his opponent, Rebecca “Becky” Gomez.

There are three candidates running. We are endorsing Wayne Phillips. Click here to see his many community endorsements.

All you need to know about judicial candidate Larry Yellin is that he works for the OCDA and he was involved in the O.C. snitch scandal. No thanks. We are endorsing his opponent, Thuy D. Pham.

The incumbent, Judge Scott Steiner, was censured, in 2014, by the California Commission on Judicial Performance for having sex in his chambers with Chapman University law school students; attempting to get one of the women a taxpayer-funded job with his former boss, DA Tony Rackauckas; and failing to recuse himself from a case involving an attorney who was one of his close friends. Steiner is of course married and has young kids. We think he is completely disgusting. We heartily endorse his only opponent, Karen Lee Schatzle. Shame on the unethical Republicans who are backing Steiner!

All you need to know about judicial candidate Mike Murray is that he works for the OCDA and he was involved in the O.C. snitch scandal. No thanks. We are endorsing his opponent, Thomas E. Martin.

President of the United States

« Poll – should Santa Ana spend $2.5M to help Mater Dei’s expansion?
Parks are more important to our well-being than most of us realize »