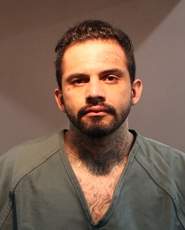 Officers arrived on scene and located two victims with gunshot wounds to their lower extremities.

Orange County Fire Authority arrived on scene and transported the victims, a 13-year-old female and an adult male, to local hospitals with non-life threatening wounds.

During the preliminary investigation, officers interviewed both victims and witnesses who reported they were shot at by a male suspect driving a white Tow Truck.

Officers canvassed the area and located the suspect vehicle abandoned in the middle of the street in a nearby neighborhood. The vehicle was seized as evidence.

Homicide detectives were notified and assumed the investigation working in conjunction with gang detectives. Their investigation ultimately led to the identity of the suspect. An arrest warrant was issued for Jesus Angel Lopez, 27-years-old, on January 19, 2021.

Lopez ultimately fled the country in his attempt to evade capture. In collaboration with the California DOJ Foreign Prosecution Law Enforcement Unit and Mexican Law Enforcement, Lopez was located and arrested in Tijuana, BC, Mexico on March 3, 2021. He was transferred to the custody of Santa Ana Police and booked at the Santa Ana Jail for Attempted Homicide.

Jesus Angel Lopez is a documented gang member with an extensive criminal history and multiple prior firearm related convictions.

Any individuals who have further information in regards to this case are encouraged to contact Detective Corporal M. Lemmon at (714) 245-8390.