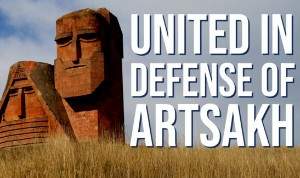 The Santa Ana City Council has signed a proclamation denouncing the attacks by Azerbaijan on the disputed area of Artsakh on the Armenian border.

The City Council at their Oct. 20 meeting directed staff to issue the proclamation and requested a resolution. City staff will return to the City Council with a resolution denouncing the attacks on Artsakh for a vote at the Nov. 17, 2020, meeting.

Artsakh, also known as Nagorno-Karabakh, lies entirely within the jurisdiction of Azerbaijan. Artsakh’s population is almost entirely ethnic Armenian, with Armenian being the primary spoken language. In 1991, ethnic Armenian leaders of Artsakh declared their independence from Azerbaijan. However, their independence is not internationally recognized.

According to news reports, hostilities commenced on Sept. 27, when Azerbaijani armed forces launched artillery and aerial strikes against civilian settlements, including the capital, Stepanakert.