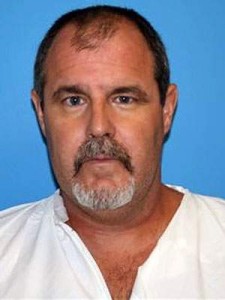 *The case will move onto the penalty phase, pending hearings

Dekraai’s sentencing date will be determined pending completion of ongoing hearings. The defendant faces a minimum sentence of life in state prison without the possibility of parole.

When the case moves to the penalty phase, a jury will consider the aggravating and mitigating circumstances of the evidence presented by the People and defense to determine the defendant’s penalty, death or life without the possibility of parole. An aggravating circumstance is any fact, condition, or event relating to the commission of a crime that increases the wrongfulness of the defendant’s conduct, nature of the offense, or harmful impact of the crime that supports the decision to impose the death penalty. Mitigating circumstances support not imposing the death penalty by providing any fact, condition, or event that reduces the defendant’s blameworthiness of the crime, even if it does not legally justify or excuse the crime.

On the morning of Oct. 12, 2011, Dekraai got into a verbal argument on the phone with his ex-wife, 48-year-old Michelle Marie Fournier, over a custody dispute regarding their 8-year-old son.

At approximately 1:20 p.m. on Oct. 12, 2011, Dekraai entered Salon Meritage, located on the 500 block of Pacific Coast Highway in Seal Beach, where his ex-wife worked as a hair stylist. The defendant was wearing a bullet-proof vest under his clothing and armed himself with three firearms before walking into the salon with the intention of murdering his ex-wife and other people who may have been present. Approximately 15 people were inside at the time.

At 1:21 p.m. Dekraai walked through the salon and executed employees and customers at random, as well as Fournier, by shooting them at close range in the head and chest. The firearms included a 9 MM Springfield, Smith & Wesson .44 Magnum, and a Heckler & Koch .45.

Dekraai shot several of the victims multiple times using two of the firearms and stopped to reload when his ammunition ran out. The shooting lasted approximately two minutes.

Six of the eight victims inside the salon were pronounced dead at the scene. The two other victims were transported to Long Beach Memorial Medical Center in critical condition. One of those victims died that afternoon at the hospital. The eighth victim suffered serious injuries but survived.

Victim Harriet Stretz, then-73, Los Alamitos, was critically injured but survived her injuries. She was a salon client having her hair done by her daughter, victim Elody.

After his murderous shooting rampage inside the salon, Dekraai walked out of the salon. As he approached his white Toyota Tundra pick-up truck to flee the scene, the defendant observed a dark sport utility vehicle parked nearby with a male seated in the driver’s seat. Dekraai approached the victim, who was alone in his car, and executed him by shooting him in the head through the closed front passenger side window.

An SBPD officer, who was nearby in the neighborhood, was the first to arrive at the scene in response to a 911 call from a person in the restaurant next door to the salon. Witnesses pointed the officer to the defendant’s vehicle as Dekraai attempted to drive away.

Officers from SBPD yelled for the defendant to exit his vehicle with their guns drawn. Dekraai got out of his car, got down on his knees, placed his hands behind his head, and was arrested. At the time of his arrest, Dekraai was in possession of the three firearms and a significant amount of ammunition in his truck.

Dekraai was booked at the Seal Beach City Jail and was later transported to the Orange County Jail.