Notice: Undefined variable: remote_version in /home/newsantaana/public_html/wp-content/themes/ifeaturepro5/functions.php on line 417
 New Santa Ana | Poll – with Ralphs pulling out of Santa Ana, where do you plan to buy your groceries?
Santa Ana's top news & views blog 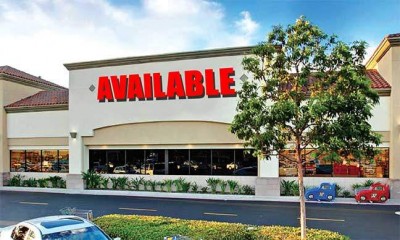 So if you were still a Ralphs shopper in Santa Ana, where will you buy your groceries now?

While Grocery Outlet is returning soon to Orange County they are planning a store in Fountain Valley, not in Santa Ana.

Another discount retailer, Aldi, is coming to Southern California, but not until March and I doubt they will open a store in Santa Ana given the anti big-box ordinance that our City Council passed a few years ago. Santa Ana has no Costco and no Sam’s Club and only one Wal-Mart due in part to that ordinance.

I personally shop at the Ralphs in Orange, the Albertsons on 17th and Tustin, and the Stater Bros. on Tustin and Santa Clara.  I stop at local mercados once in awhile, mostly to buy marinated meats and fruits and vegetables.

Let us know where you like to buy your grocers in our poll below!

2 thoughts on “Poll – with Ralphs pulling out of Santa Ana, where do you plan to buy your groceries?”