Pedophile extradited from Mexico to be sentenced on May 8 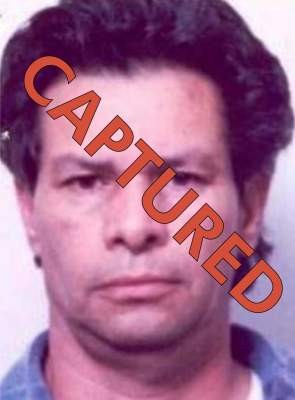 SANTA ANA – A man on the Orange County District Attorney’s Office (OCDA) Most Wanted List was arrested and extradited from Mexico after he fled during the middle of a jury trial for committing lewd acts with a child in 1991. Henry Arthur Quinones, 75, was convicted by a jury on Sept. 9, 1991, of 26 felony counts of committing lewd acts upon a child under the age of 14, in his absence. He is scheduled to be sentenced on May 8, 2015, at 9:00 a.m. in Department C-5, Central Justice Center, Santa Ana.

“This defendant is a pedophile who has escaped punishment for too long. He committed one of the worst violations against a young innocent child,” stated District Attorney Rackauckas. “We will never give up on seeking out fugitives until they’re brought to justice.”

“The FBI is committed to assisting local police and district attorneys in finding fugitives who flee the jurisdiction in which they are charged, including those who leave the country,” said David Bowdich, the Assistant Director in Charge of the Federal Bureau of Investigation’s (FBI) Los Angeles Field Office. “Our local fugitive task forces and foreign Legal Attaché offices work with law enforcement in Mexico and many countries to successfully locate and return fugitives like Mr. Quniones to bring victims closer to receiving justice.”

Between 1984 and 1989, Quinones met regularly with a victim who was between 3 to 8 years old. During that time, Quinones orally copulated, digitally penetrated and/or had sexual intercourse with the victim almost daily. Neighbors reported the case to the Anaheim Police Department (APD) after noticing changes in the victim’s behavior.

During the trial, while Quinones was out of custody on $50,000 bail, he fled to Mexico and failed to appear in court on Aug. 29, 1991, and the court ordered a warrant for his arrest. While Quinones remained a fugitive, the trial continued without the defendant being present and the jury reached a verdict in the trial. On Oct. 4, 1991, Quinones was sentenced to 56 years in state prison.

In 2010, the FBI identified the location of the defendant in Mexico. On March 4, 2011, a warrant for Quinones’ arrest was issued in Mexico after obtaining approval from the U.S. Department of Justice, U.S. Department of State, and through the Mexican Embassy. On Sept. 15, 2014, Quinones was arrested in Mexico by Mexican law enforcement authorities. On April 17, 2015, Quinones was extradited from Mexico by FBI and transported to APD.

The OCDA’s Most Wanted list can be found on the OCDA’s website under the Media Center tab in the section titled Most Wanted or by visiting the following link: http://orangecountyda.org/media/mostwanted/default.asp