Orange H.S. locked down after a student fight involving a knife 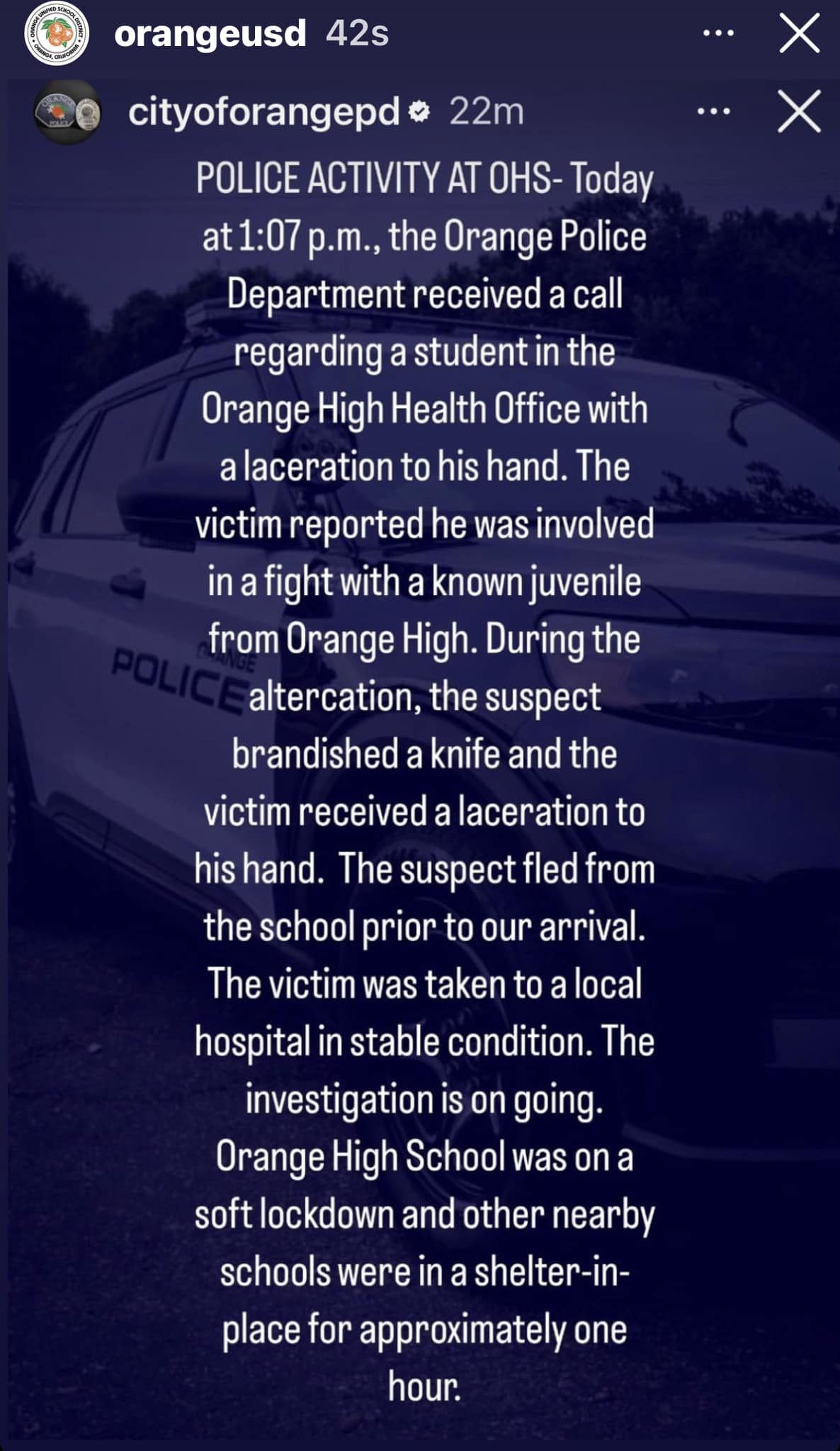 Today at 1:07 p.m., the Orange Police Department received a call regarding a student in the Orange High Health Office with a laceration to his hand.

The victim reported he was involved in a fight with a known juvenile from Orange High School.

During the altercation, the suspect brandished a knife and the victim received a laceration to his hand.

The suspect fled from the school prior to the arrival of the police officers.

The victim was taken to a local hospital in stable condition.

Orange High School was on a soft lockdown and other nearby schools were in a shelter-in-place for approximately one hour.