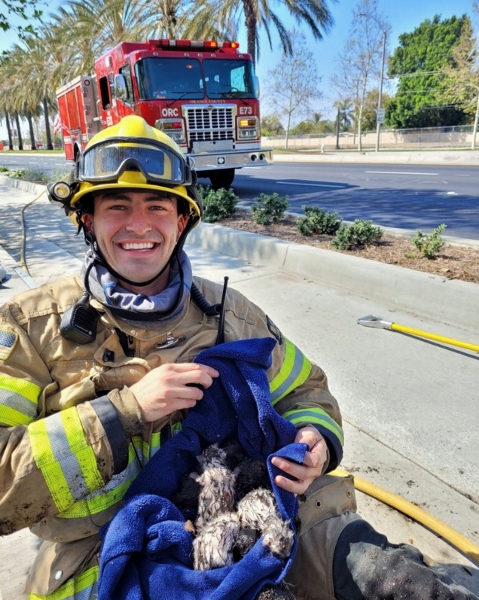 Recently, OCFA firefighters put out a fire in a storm drain in Santa Ana. The storm drain had several surrounding trees that could’ve potentially caught fire.

The firefighters then noticed a kitten in a nearby planter. Firefighters suspected this kitten might be part of a litter. After a quick search, they discovered five more kittens and their mother.

The firefighters tended to the kittens while they waited for Santa Ana Animal Control.