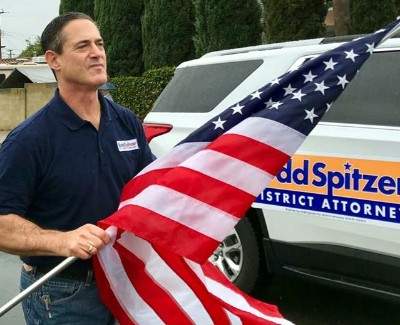 (ORANGE COUNTY, CA) – Criminal attorney Pete Hardin was charged with adultery by the Marines, among other charges, and was eventually allowed to resign in lieu of a court martial according to military corruption whistleblowers.

The claims about Hardin first appeared in a military corruption news site on May 6, 2021. At that time, the author explicitly gave Hardin the opportunity to respond to the claims and offered to correct the record if any of the information was inaccurate.

Since then, Hardin has failed to respond to those allegations or deny any of the other specific claims.

In addition to charges Hardin faced in the Marines, numerous other seriously troubling claims about Hardin appear in the news site. Orange County voters deserve to know the truth about who Pete Hardin is, and what he has done.

“It appears the same individual who is trying to parachute into Orange County and turn us into Los Angeles may also have some serious moral character flaws, or worse,” said Orange County District Attorney Todd Spitzer.

“The whistleblower allegations are consistent with what has been shared with me directly by individuals who worked with Pete Hardin while he was on probation at the DA’s office,” Spitzer continued. “Hardin resigned from his position in 2014, shortly after admitting some of these allegations to his colleagues.”

“Hardin doesn’t belong within 1,000 feet of a school, let alone the District Attorney’s office, if these allegations are true. I am calling on Pete Hardin to come clean and tell us the truth about his past and these very serious claims,” Spitzer concluded.