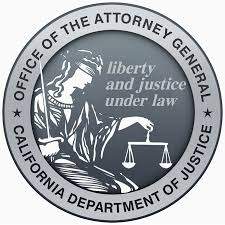 OAKLAND – California Attorney General Rob Bonta today announced the sentencing of Quality Care Pharmacy owner Divina Catalasan for defrauding the Medi-Cal and Medicare programs. An audit by the California Department of Justice (DOJ) found that the amount of drugs the owner of the Santa Ana-based pharmacy claimed to have purchased and billed the programs for was not supported by her actual inventory, and that her fraudulent over-billing totaled more than $1.8 million. Catalasan pleaded guilty on May 14, 2021, to three felony counts of fraudulent healthcare claims and grand theft, with a sentencing enhancement for aggravated white-collar crime. She was sentenced today in Orange County Superior Court to three years in state prison.

“Medi-Cal and Medicare bring healthcare to seniors and people in need, including underserved children and people with disabilities. People who defraud these publicly-funded programs cheat all of us,” said Attorney General Bonta. “Through our Division of Medi-Cal Fraud and Elder Abuse, the California Department of Justice works to protect Californians from healthcare fraud. People who try to pull a fast one on these programs will be held accountable.”

In 2015, an audit of Quality Care Pharmacy by the California Department of Health Care Services revealed that from 2011 through 2015, Catalasan billed Medi-Cal more than $540,000 over what her purchase inventory showed. The department then referred the case to DOJ’s Division of Medi-Cal Fraud and Elder Abuse (DMFEA), which expanded the audit and the time frame under review. DMFEA also expanded its audit beyond Medi-Cal to Medicare and Orange County’s Medi-Cal managed care plan, CalOptima. The expanded audit found that Catalasan fraudulently overbilled Medi-Cal and CalOptima for $1,168,585.06, and Medicare for $687,940.52, for a total of $1,856,525.58. She was arrested on June 11, 2019.

Through the DMFEA, DOJ works to protect Californians by investigating and prosecuting those who perpetrate fraud on the Medi-Cal program. DMFEA also investigates and prosecutes those responsible for abuse, neglect, and fraud committed against elderly and dependent adults. The division regularly works with whistleblowers and law enforcement agencies to investigate and prosecute crimes.

A copy of the complaint is available here.