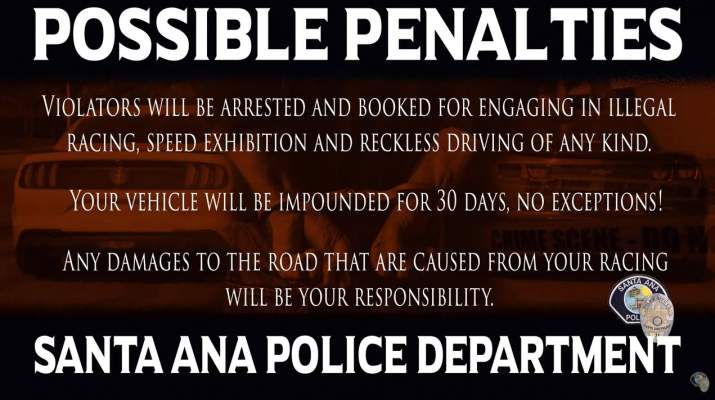 The SAPD has launched a Public Service Announcement on YouTube about how “Street Racing is Illegal.”

In the video two Latinos pull up in a nice white Mustang at a red light and look across to a mustachioed guy in another white car. The two groups nod their heads at each other and one of the Latinos jumps out of his car and gets between the two cars, where he will signal when it is time for them to race through the intersection.

Then an SAPD SUV and an SAPD motorcycle officer roll up and stop the would-be racers in their tracks. The officers, a Latina and an Asian male, explain that street racing has been on the rise in Santa Ana then talk about the penalties.

It is a slick video. We hope it will help before more innocent lives are destroyed by our illegal street racers.