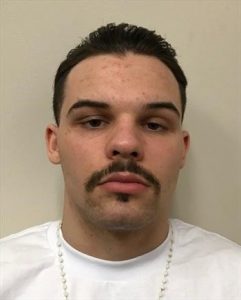 SANTA ANA, Calif. – A 19-year-old man who stabbed his mother to death when he was 13 years old has been indicted by a grand jury on felony charges for manufacturing a shank while being housed at the Orange County Jail.

He pleaded not guilty today.

In April, Orange County District Attorney Todd Spitzer issued a warning to the public about Souzer, who is considered to be extremely dangerous and violent, after he escaped from the custody of a Santa Ana halfway house following his release on electronic monitoring from the Theo Lacy Facility in Orange. The Orange County District Attorney’s AB 109 Task Force tracked Souzer down and arrested him on Easter at a homeless encampment in Anaheim.

In addition to other charges, he pled guilty in December 2021 to attacking three correctional officers and was ordered to wear an electronic monitor for the remainder of his sentence which is set to expire on July 9, 2023.

“This is an extremely dangerous and extremely violent individual who has proven time and time again he will stop at nothing to try to get out of custody,” said Orange County District Attorney Todd Spitzer. “My prosecutors are doing everything they can to protect the public and prevent him from carrying out more violence against jail staff and other inmates.”