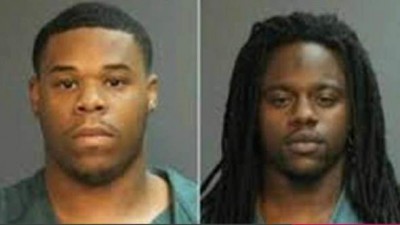 *Co-defendant in this case was convicted and awaits sentencing

SANTA ANA – A man was sentenced today to six years and four months in state prison for sex trafficking two minor girls, ages 16 and 17 years old. Michael Wayne Greer, 25, Sacramento, pleaded guilty June 3, 2014, to one felony count each of human trafficking of a minor and pandering a minor over 16 years old by procuring.

Co-defendant Jaylin Juwan Marshall, 21, Sacramento, pleaded guilty June 3, 2014, to one felony count each of human trafficking of a minor and pandering a minor over 16 years old by procuring. Marshall has a prior strike conviction for a 2011 residential burglary in Sacramento County. Marshall is expected to be sentenced to 10 years in state prison at his sentencing July 18, 2014, at 8:30 a.m. in Department C-55, Central Justice Center, Santa Ana. Both defendants must also register as lifetime sex offenders.

Greer and Marshall are pimps who exploit women and/or children for financial gain. Pimps often establish rigid rules that their victims are expected to follow including requiring victims to turn over all payment they receive for sex acts from sex purchasers to their pimp.

On July 29, 2013, Greer and Marshall met Jane Doe #1 and 16-year-old Jane Doe #2. They convinced the victims to go away with them with the intent to traffic them and sexually exploit the girls for a commercial purpose. Marshall posted sexual advertisements featuring Jane Doe #1 on Internet websites known for prostitution. The two defendants trafficked the teen victims to San Jose and then to Orange County. During this time, Marshall instructed Jane Doe #1 to perform sexual acts in exchange for money from sex purchasers.

On July 31, 2013, Greer and Marshall put both girls in a Santa Ana hotel room to engage in commercial sex. The defendants arranged two encounters for the victims with sex purchasers. One of the “sex purchasers” was an undercover officer from the Santa Ana Police Department (SAPD). The defendants were arrested that day.

Members of the Orange County Human Trafficking Task Force (OCHTTF) and the Orange County District Attorney’s Office work proactively to protect women and minors from falling victim to commercial sexual exploitation. This case was investigated by SAPD and received assistance from OCHTTF.

Deputy District Attorney Bradley Schoenleben of the HEAT Unit is prosecuting this case.