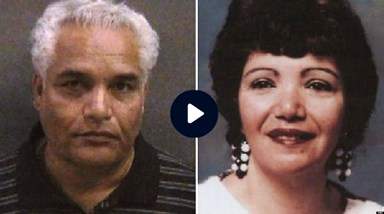 SANTA ANA – A husband was sentenced Friday to life in state prison without the possibility of parole for the 2004 solicitation-murder of his wife. Magdi Faiz Girgis, 62, Westminster, was found guilty by a jury April 17, 2014, of one felony count of special circumstances murder, one felony count of conspiracy to commit murder, and sentencing enhancements for murder for financial gain and murder to prevent testimony were found true.

Prior to the murder, Magdi Girgis had a pending domestic violence case against him related to assaulting his wife, 55-year-old Ariet Girgis. A restraining order was issued, Ariet Girgis intended to divorce the defendant, and Magdi Girgis moved out of the couple’s Westminster home.

Magdi Girgis, then a respiratory therapist, planned to murder the victim because he wanted to avoid the cost of a divorce and did not want to lose his medical license by receiving a felony conviction. As a result, Magdi Girgis solicited at least one person to murder his wife.

A few days prior to Sept. 29, 2004, Ariet Girgis testified in a preliminary hearing in the domestic violence case.

After several minutes, Ryan heard a car drive away from the house, broke free of his ties, and immediately reported the crime to Westminster Police Department (WPD). Officers responded to the 911 call and discovered Ariet Girgis had been murdered.

Magdi Girgis was convicted in the domestic violence case after the murder of Ariet Girgis (Case #04WF0321).

During the sentencing, both of the victim’s sons gave impact statements to the court. Both of them spoke about living in fear of their father and said in part, “The only regret he has is that he didn’t kill us.”

Ryan Girgis described how he attends a number of weddings for his business and observes so many mother and son dances, knowing he will never be able to share that moment with his mother.

Richard Girgis described how he now lives with a security system, dogs, and sleeps with a gun under his pillow because of the actions of the defendant. He went on to say that he is now a critical care registered nurse and looking forward to a life honoring the memory of his mother.

Senior Deputy District Attorney Sonia Balleste, formerly of the Homicide Unit and now Assistant Head of Court in the Juvenile Justice Center, is prosecuting this case.