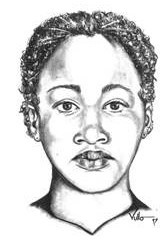 SANTA ANA, Calif. – A 36-year-old man was convicted today of strangling a woman he kidnapped in Santa Ana in 2009. The defendant’s brother is still facing criminal charges for pulling the woman’s body out of the van they were driving, dumping her in an Irvine business complex, and setting her body on fire.

Authorities have not yet been able to identify the victim. Anyone with information about the victim is asked to call Irvine Police Detective John Sanders at 949-724-7233.

Zenaido Valdivia-Guzman, 36, was convicted by a jury of one felony count of first degree murder and the special circumstance of murder in the commission of a kidnapping. He faces a maximum sentence of life without the possibility parole. He is scheduled to be sentenced on December 15, 2022 at the Central Justice Center in Santa Ana in Department C35.

On September 5, 2009, Zenaido Valdivia-Guzman (Zenaido) and his brother, Gabino Valdivia-Guzman (Gabino), were driving through the city of Santa Ana in a van. Near the intersection of N. Harbor Boulevard and W. First Street, they came across a woman who Gabino, who was driving the van, convinced to get into the vehicle. Once the woman realized Zenaido was also in the vehicle she started screaming and tried to get away.

Zenaido strangled the woman to death before Gambino drove the van to Irvine where Gambino is accused of pulling the woman’s body out of the van and setting it on fire.

“This woman did not deserve to have her life ended in such a horrific way by a complete stranger,” said Orange County District Attorney Todd Spitzer. “We may not know yet who this woman was, but we will never stop trying to identify her and we will never stop pursuing justice for her and everyone who loved her.”

Gambino Valdivia-Guzman is also charged with one felony count of murder and the special circumstance of murder in the commission of a kidnapping. He has pleaded not guilty.

Deputy District Attorney Robbie Goodkin of the Homicide Unit is prosecuting this case.