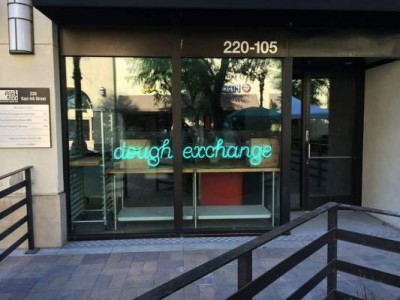 This is pretty hilarious considering that Quinn famously has rejected all input from his customers!  His philosophy has been that he is the Chef and you will eat what he cooks the way he cooks it – your opinion be damned.

In one glaring example a customer of Quinn’s overpriced Playground restaurant gave it a 1-star rating on Yelp with a comment that was over five paragraphs long, touching on everything from the forced 3% gratuity, refusal to cook Kobe Beef well done, chef’s family walking around “trying to be restauranteurs,” and soggy french fries, according to Food Beast.  Quinn’s response was to tell the customer to fu*k off and burn in hell!

So why is the Dough Exchange failing?  Simple – the DTSA gentrifiers have never cared about the people who already live here in Santa Ana.  They market only to outsiders – and they charge too damn much! 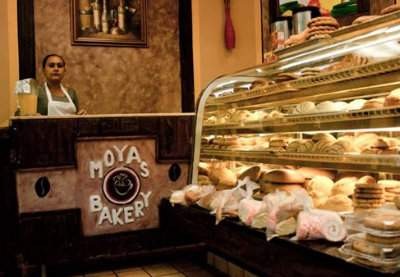 The Dough Exchange cannibalized what used to be Moya’s Bakery – a panaderia where you could buy pan dulce for about fifty cents a piece.  The owner of Moya’s Bakery was pushed out by the landlord so that Quinn could sell overpriced donuts.  Karma! 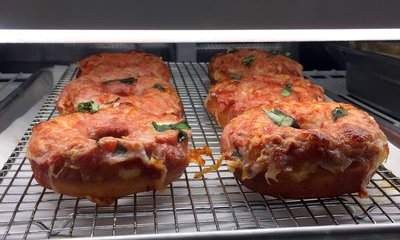 So what about the food at the Dough Exchange?  Here are what Yelpers have to say about it: 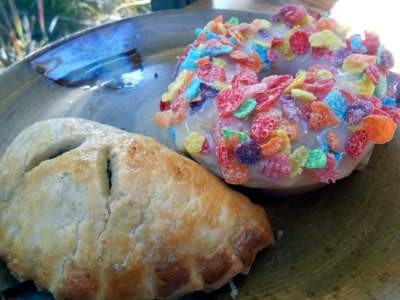 I can’t wait for the Orange County Health Department to visit the Dough Exchange.  Just look at the health violation record of the Playground:

If you are going to overcharge for food at least serve it in a clean and healthy setting!

So is the failure of the Dough Exchange a hint of things to come in DTSA?

« Asian Lunar New Year Free Family Festival at Bowers Museum on Feb. 1
Fundraiser for local family that lost their home in a fire set for today »

17 thoughts on “Is the Dough Exchange’s failure a sign of things to come in DTSA?”