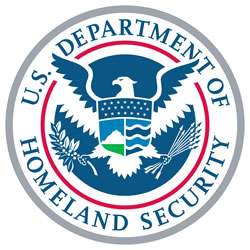 “With its body worn camera pilot, ICE is making an important statement that transparency and accountability are essential components of our ability to fulfill our law enforcement mission and keep communities safe,” said Secretary Mayorkas. “The Department will continue to seek ways to ensure the safety and security of our workforce, our state and local partners, and the public, while at the same time building confidence with the communities we serve.”

The deployment of body worn cameras will occur in phases throughout the United States, beginning with Homeland Security Investigations (HSI) special agents and to be followed by Enforcement and Removal Operations (ERO) officers at a later date. The HSI pilot locations are Houston, TX; New York City, N.Y.; and Newark, N.J. The HSI phase of the pilot will be conducted with members of the special response teams (SRT) that operate as a federal special weapons and tactics (SWAT) element for the office’s area of responsibility.

“The body worn camera pilot is an effort to increase transparency between ICE and the communities we serve, enhance officer safety, and deliver on our commitment to accountability,” said Acting ICE Director Tae D. Johnson. “Safety of both ICE personnel and the public are the primary consideration when implementing these new technologies and tools.”

ICE personnel participating in the pilot program received training on the proper use of the devices, adherence to the ICE Directive outlining the pilot program, legal considerations, and privacy, civil rights, and civil liberties safeguards, as well as training on data uploading, storage, retention, and tagging. The body worn camera will be mounted on an officer’s or agent’s outerwear (e.g., vest, shirt, or helmet).

The use of body worn cameras will enhance ICE operations, including at-large arrests and searches incident to arrest; execution of search warrants; and questioning of individuals encountered in the field. Body worn cameras are expected to increase the transparency of ICE in communities, as footage may be used in assessments of police conduct, including in instances where force was used. Additionally, footage can be used for non-investigative purposes, including for training and assessing officer performance.

ICE recently posted a privacy impact assessment by the DHS Office of Privacy detailing the broader implementation of body worn cameras. ICE looks forward to expanding the body worn camera pilot to ERO in the near future. The timing of the ERO pilot is dependent on the conclusion of negotiations with the ERO union.