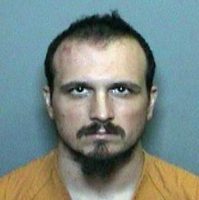 SANTA ANA, Calif. – A man was charged with special circumstances murder during attempted rape after the 68-year-old victim died due to injuries sustained in the assault.

Charged on Sept. 22, 2017, in an amended complaint with the following felony count:

« The SAPD shot a robbery suspect and arrested three others at a Chevron gas station tonight
The Santa Ana City Council might be picking a new City Manager at a closed meeting on Oct. 2 »