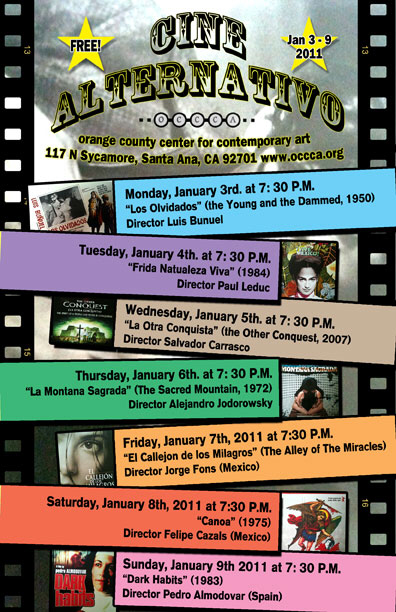 One thought on “Free Latin film festival at OCCCA, in Downtown Santa Ana, this week”