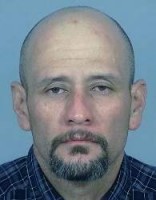 Police detectives from Garden Grove and Santa Ana tried to search a warrant at his home, but Gutierrez was not there. They did however find his stash of “tools” – a sawed-off shotgun, handguns, illegal drugs and a mask worn in other robberies.

Just a few hours later, Gutierrez was found and arrested, without incident, at a cafe at Western and Cerritos Avenues in Stanton in a white 2012 Chevrolet Malibu that was used in other robberies.

When they arrested Gutierrez, the police also found a loaded gun and a few of the cigarette cartons that he had stolen in the earlier robbery a few hours prior.

Gutierrez was arrested on charges of armed robbery, felon in possession of a firearm and possession of narcotics, and he is being held in Orange County jail on $50,000 bail.

He is also suspected of robbing two Garden Grove 7-Elevens on Feb. 13, and police investigators believe that he could also be involved in a string of robberies in Orange, Tustin and Westminster.

Gutierrez is also suspected in at least four 7-Eleven robberies in Santa Ana since September of last year, according to the SAPD.

Gutierrez has been working on his craft for some time. Court records indicate that he plead guilty way back in 1993 to

felony charges of battery and gun possession. A year prior to that, in 1992, he pleaded guilty to receiving stolen property, evading a peace officer and stealing a vehicle.

This plague on our society is next due in court tomorrow.