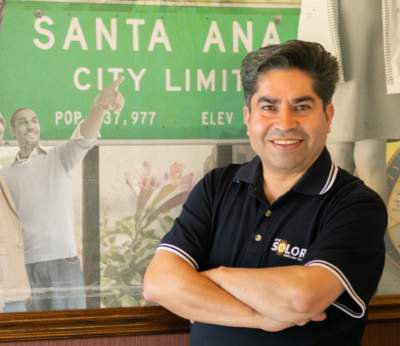 Former Santa Ana City Councilman Jose Solorio has announced on Instagram that he will be running for Santa Ana Mayor this November.

Solorio wrote “Let’s work together to tackle homelessness and rising crime, but let’s also address the root causes. We need to do both. That’s why I’m running for Mayor. I believe ‘A Brighter Future for Santa Ana’ is still possible.”

Solorio ran for Santa Ana Mayor a couple years ago, in 2020. He garnered 14,585 votes in that contest which Vicente Sarmiento won with 29,493 votes, which represented only 33% of the vote.

The other leading contenders for Santa Ana Mayor this year include SAUSD Trustee Valerie Amezcua and former Santa Ana City Councilman Sal Tinajero. Amezcua, who spent her adult life in law enforcement in the O.C. Probation Agency continues to support the police while Tinajero is allied with Sarmiento and his anti-police City Council cabal.

Solorio has the most political experience of the bunch as a former State Legislator.

Two other candidates have pulled papers to run for Mayor: Jesse Nestor and Mark I. Lopez. Neither of them is likely to raise or spend much money on their campaigns.