Former O.C. Sheriff’s Deputy charged with stealing guns and burglarizing the home of a dead man 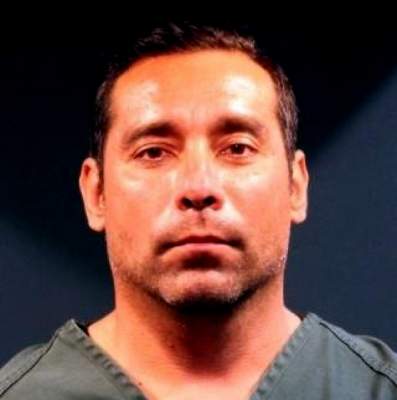 SANTA ANA, Calif. – A former Orange County Sheriff’s Department deputy has been charged with multiple felonies in connection with breaking into the Yorba Linda home of a man he found dead during a welfare check. The 12-year veteran was captured on home surveillance video returning to the home several times, including once while on duty and wearing his Sheriff’s uniform, and taking guns and other items from the home.

Steve Hortz, 42, of San Dimas, has been charged with three felony counts of second degree burglary and two felony counts of grand theft of a firearm in connection with breaking into the deceased man’s Yorba Linda home.

Hortz is scheduled to be arraigned on October 13, 2020 at the West Justice Center in Department in W3 at 8:30 a.m. He faces a maximum sentence of four years and four months in state prison if convicted on all charges. Hortz resigned in lieu of termination effective September 30, 2020.

Hortz responded along with two other Sheriff’s Department employees to a home on Via Angelina Drive in Yorba Linda on July 20, 2020 to conduct a welfare check. The homeowner was found deceased of what was later determined to be natural causes.

Hortz was arrested on September 10, 2020 by the Orange County Sheriff’s Department.

“The failure of a single law enforcement officer to live up to his or her oath does not just tarnish that officer’s badge, it tarnishes the badge of the hundreds of thousands of honorable law enforcement officers who work day in and day out to protect and serve,” said Orange County District Attorney Todd Spitzer. “When we call on law enforcement officers for help, we expect that they answer that call for help with the purest intentions to help those in need, not as an opportunity to scope out the situation in order to return later and victimize the very people they are sworn to protect.”

One thought on “Former O.C. Sheriff’s Deputy charged with stealing guns and burglarizing the home of a dead man”