O.C. man gets 50 years to life for sexually assaulting a toddler and then posting pictures online 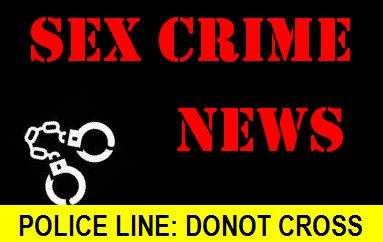 SANTA ANA, Calif. – A 24-year-old Buena Park man was sentenced to the maximum sentence of 50 years to life today for sexually assaulting a two-year-old girl while he babysit her in 2016 and later posting pictures of the assault online.

Arthur William Robert Callender was convicted on April 1, 2020 of two felony counts of sexual intercourse with a child under the age of 10. Closing arguments were allowed to be given in front of a jury despite the ongoing COVID-19 pandemic.

Callender was arrested in October 2016 after officers with the Department of Homeland Security launched an investigation into several inappropriate internet postings involving a female toddler.

Callender’s trial was ongoing when the Chief Justice of the California Supreme Court issued an unprecedented order on March 23, 2020 suspending jury trials be suspended for 60 days. Given the serious nature of the crimes and the advanced stage of Callender’s trial, Orange County Superior Court Judge Andre Manssourian found good cause to exempt Callender’s trial from the suspension order.

Fourteen of the 16 jurors empaneled for the case – 12 jurors and two alternates – returned to court on April 1, 2020 to hear closing arguments.

Social distancing was enforced, with jurors being spread out across the entire courtroom instead of being restricted to the jury box.

Jurors were taken to a separate courtroom to deliberate where the same social distancing measures were enforced. After an hour of deliberation, the jury returned a guilty verdict on both felony counts.

“This case is a testament to the dedication of the Court and the public to the rule of law by refusing to allow a global pandemic to interfere with the imposition of justice,” said Orange County District Attorney Todd Spitzer. “The bravery displayed by the jurors to continue to show up to court in the very early stages of the pandemic and the many unknowns speaks to their commitment to holding this monster accountable and ensuring he will no longer be able to victimize children.”

2 thoughts on “O.C. man gets 50 years to life for sexually assaulting a toddler and then posting pictures online”