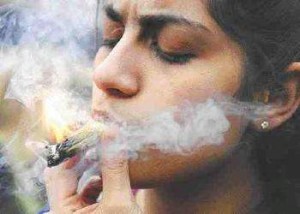 The initiative specifies that the dispensaries will be allowed in the City’s commercial, industrial and professional office zones, but they cannot be closer than 600 feet from any public or private schools, grades K-12.

The initiative calls for a minimum of 22 authorized medical marijuana dispensaries and the City may add more if the population gets over 330,000, at a rate of one per 15,000 residents.  That’s a lot of dispensaries!

The initiative is very flawed, as follows:

The Planning Agency’s report includes examples of the downside of marijuana dispensaries, including armed robberies, burglaries, trash, and of course constant pot stink.

The Council has several options that they will consider on Monday night, including:

The only upside to this measure is that sales of medical marijuana will be taxed.  The downside however, as outlined above, is considerable.  I cannot recommend voting for this measure.

One thought on “Council to consider the marijuana dispensary measure, which is a hot mess”