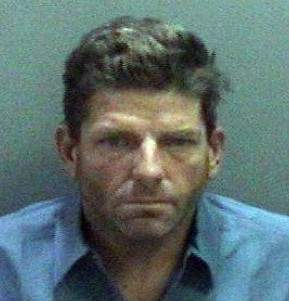 Jeffrey Robert Smith, a 45-year-old Costa Mesa man, was sentenced to 30 years in prison, after he admitted to peeping and molesting some of his victims, according to the O.C. Register.

Smith pleaded guilty to three counts of first-degree burglary and single counts each of assault with intent to commit a sex offense and inflicting injury on an elder adult, all felonies, as well as  multiple misdemeanor counts of touching an intimate part of another person, indecent exposure, peeping, disorderly conduct, aggravated trespass and lewd conduct in a public place, on Friday, May 12.

Smith became a convicted sex offender when he was charged in August 2015, and now he has to register as a sex offender for the rest of his life.

Smith was finally arrested on July 16, 2015, while he was naked on a resident’s porch in the 2100 block of Orange Avenue, according to thee Costa Mesa police.

In April 2015, Smith was arrested for failing to register as a sex offender in Costa Mesa, which  resulted in a sentence of 60 days in jail. He was arrested again in Costa Mesa in May, 2015 on suspicion of battery and trespassing.