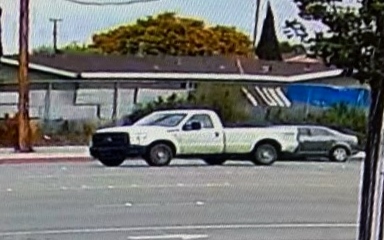 Andrew Pio, 31, a unincorporated Anaheim resident who is suspected of attempting to kidnap a 13-year-old girl who was walking home from school in Anaheim was arrested on Friday after a police pursuit.

The 13-year-old victim was walking in the 2600 block of West Ball Road on her way home from Dale Jr. High School on the afternoon of March 31. She told the police that she noticed a man sitting in a truck, who then approached her and tried to shove her into the passenger seat

The suspect’s vehicle was described as a white pickup truck with a gray tool rack in the bed of the truck, possibly a Toyota Tundra or Ford F-150.

On Friday, April 8, at about 2:30 p.m., Anaheim police officers attempted a traffic stop on a pickup in Brea that matched the vehicle description from the attempted kidnapping.

The suspect led the police officers on a pursuit that ended after the California Highway Patrol deployed a spike strip on the 5 Freeway at La Paz Road in Mission Viejo.

Pio was arrested on suspicion of kidnapping. He is being held on a $600,000 bail at the Anaheim Jail.