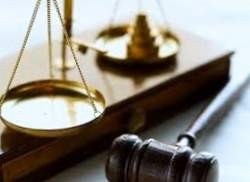 SANTA ANA, Calif. – A felon who had two of his prior felony convictions reduced to misdemeanors under Proposition 47 (Prop 47), which resulted in his release from custody, was sentenced today to 18 years in state prison for shooting his firearm at police officers while leading them on a chase.

“Orange County law enforcement is second to none, and our united efforts continue to keep Orange County safest among all surrounding counties despite the continued passage of anti-public safety laws,” stated District Attorney Tony Rackauckas.

“Today’s outcome regarding the sentencing of a dangerous and habitual violent offender, is a reflection of the collaborative efforts between the Orange County District Attorney’s Office and the Santa Ana Police Department to safeguard our community. I commend both agencies for the continued pursuit of justice to remove violent offenders from our streets,” stated Santa Ana Police Department Chief David Valentin. “Unfortunately our communities are still adversely impacted by legislation such as Proposition 47. As a Policing industry, in partnership with our communities and prosecutorial partners, we will remain steadfast and relentless in keeping our officers and communities safe.”

“The Santa Ana Police Department should be commended for resolving this extremely dangerous situation without a civilian or police officer getting shot,” said District Attorney Tony Rackauckas.