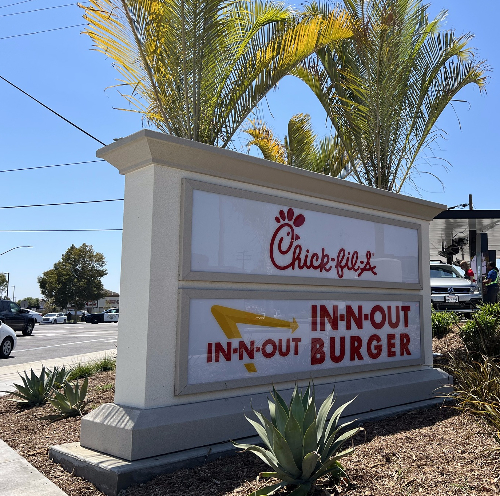 Chick-fil-A has opened a new location this week in Santa Ana off 17th Street and Tustin Avenue. This is Santa Ana’s second Chick-fil-A location, at 1701 N. Tustin Ave. It will have normal business hours of 6:30 a.m. to 11 p.m., Monday through Saturday.

Chick-fil-A’s founder, Truett Cathy, made the decision to close on Sundays in 1946 when he opened his first restaurant in Hapeville, Georgia. Having worked seven days a week in restaurants open 24 hours, Truett saw the importance of closing on Sundays so that he and his employees could set aside one day to rest and worship if they choose — a practice they continue to uphold today.

Chick-fil-A’s chicken is whole breast meat raised with no antibiotics ever, starting from the egg, with no fillers or added hormones, and they bread it by hand in their restaurants.

Chick-fil-A Inc. donated $25,000 to Feeding America on behalf of the Santa Ana restaurant to celebrate the grand opening.

The new Chick-fil-A is next door to a new In-N-Out Burger location at 1809 N. Tustin Ave.