Homicide Detectives have identified victim as Janet Jimenez (17) of Santa Ana. There is currently no photo available. END_OF_DOCUMENT_TOKEN_TO_BE_REPLACED *The case will move onto the penalty phase, pending hearings

Dekraai’s sentencing date will be determined pending completion of ongoing hearings. The defendant faces a minimum sentence of life in state prison without the possibility of parole. END_OF_DOCUMENT_TOKEN_TO_BE_REPLACED

A shooting that occurred in the 1100 block of West Hemlock Way in Santa Ana left a victim wounded in the street and nearly hit a sleeping elderly woman in a nearby apartment early Monday morning at around 1:15 a.m according to ABC News.

Santa Ana police Commander Enrique Esparza says the 18-year-old victim was walking on the street early Monday when a suspect drove up, got out of his car and opened fire according to the AP. END_OF_DOCUMENT_TOKEN_TO_BE_REPLACED

On 2-15-14, at approximately 2055 hours, a victim suffering from gunshot wounds was transported by a friend to a local hospital in the City of Santa Ana. The victim was pronounced deceased a short time later. The victim was 25-years-old and a Santa Ana resident. His name is not being released until family members have been notified. It is unknown where the shooting occurred. Santa Ana PD Homicide Detectives are currently investing the incident and are asking that anyone with information contact their office at (714) 245-8390, or the Orange County Crime Stoppers at 1-855-TIP-OCCS END_OF_DOCUMENT_TOKEN_TO_BE_REPLACED As expected the OCDA has found that Santa Ana Police Officers Pete Picone and John Rodriguez had no criminal culpability in the shooting of Hallstrom and Mock on March 15, 2013.  Hallstrom eventually died of his injuries while Mock is still on trial on various charges. END_OF_DOCUMENT_TOKEN_TO_BE_REPLACED Authorities responded to a call of a disturbance in a parking lot near McDonald’s at Harbor Boulevard and McFadden Avenue, at the Harbor Place Shopping Center, at about 3 p.m. An officer approached the suspect, which led to a short foot pursuit, according to KABC News. END_OF_DOCUMENT_TOKEN_TO_BE_REPLACED

MAN CHARGED WITH MURDERING NEIGHBOR BY SHOOTING HIM IN FACE

WESTMINSTER – A man has been charged with murdering his neighbor by shooting him in the face. Robert Joseph Price, 52, Garden Grove, is charged with one felony count of murder with a sentencing enhancement for the personal discharge of a firearm causing death. If convicted, he faces a maximum sentence of 50 years to life in state prison. Price is being held on $1 million bail and is expected to be arraigned today, Tuesday, June 25, 2013, at 1:30 p.m. at the West Justice Center, Westminster. The Department is to be determined. END_OF_DOCUMENT_TOKEN_TO_BE_REPLACED

A female suspect is dead after being wounded in an officer-involved shooting in Santa Ana. The shooting happened shortly after 8 a.m. Sunday in an alley on the 800 block of South Townsend Street, according to ABC News.

It was unknown whether the woman was armed, but police said they found a weapon in the alley that was not a police weapon. Witnesses said the woman did not live in the apartment complex and was seen sitting in a garage before the shooting, according to NBC News. END_OF_DOCUMENT_TOKEN_TO_BE_REPLACED

A 7-year-old boy has been hospitalized after being shot in the leg in Santa Ana, authorities said Sunday. The incident occurred late Saturday evening in the 2600 block of S. Towner Street, KNX 1070′s Jon Baird reports. The boy was in the backseat of a sport utility vehicle that was being driven by his father when the boy’s father and uncle, who was in the front passenger seat, reportedly noticed a car following them, according to CBS News.

One round penetrated the right rear door of the car and hit the boy’s leg. The father drove the boy to a local hospital, where the injury was determined not to be life-threatening, Paulson said. There were no other injuries in the incident, according to the Los Angeles Times. END_OF_DOCUMENT_TOKEN_TO_BE_REPLACED

Reisse, the 33-year-old co-founder and lead engineer at Oculus VR in Irvine, Calif., ” was a brilliant computer graphics engineer, an avid photographer and hiker who loved nature, a true loyal friend, and a founding member of our close-knit Oculus family,” the company said in a statement, according to CNET. END_OF_DOCUMENT_TOKEN_TO_BE_REPLACED Travis Mock appeared in West Court, the morning of the shooting, for the case he was currently out on bail for. He never told this to anyone previously.  This appears to debunk the SAPD’s story about a car chase due to a stolen car. END_OF_DOCUMENT_TOKEN_TO_BE_REPLACED 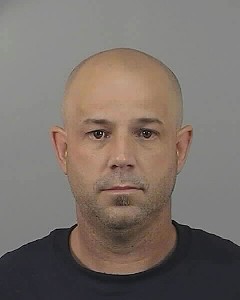 On Thursday, February 14, 2013 at about 5:18 p.m., Santa Ana Police Officers responded to the report of a shooting that had just occurred in the south alley of 1900 W. 3rd St. The arriving officers discovered two males, each suffering from gunshot wounds. Both victims were transported to a local hospital for treatment where 19-year-old Joseph Castro was pronounced dead several hours later. The second victim is recovering from gunshot wounds. END_OF_DOCUMENT_TOKEN_TO_BE_REPLACED