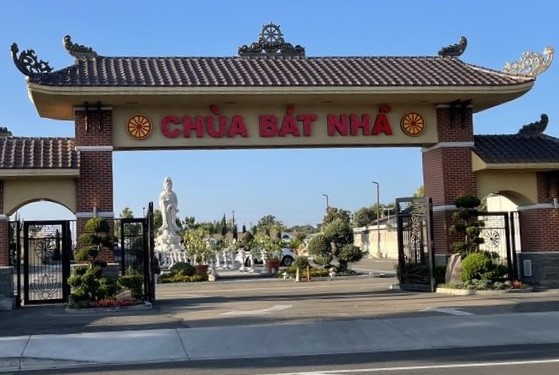 Thich Nguyen Tri, a Buddhist monk in Santa Ana, is going on trial next week to face charges of sexually assaulting two women years ago when they were minors.

Thy Nguyen and her friend Tina Le, sued the Meditation Institute of the United States of Bat Nha America in Santa Ana, known as the Bat Nha Buddhist Temple. They allege that Tri molested them when they were between the ages of 6 and 10

The women say they want the public to know about the suffering they’ve been enduring for years.

The monk is set to go on trial next week on criminal charges. The two women hope the trial leads to justice.

Nguyen said she will use that rage to carry her through the long-awaited trial, which is scheduled to start Dec. 12.

Le told ABC News that she fell asleep at the Temple and found Tri on top of her. The lights were off, the TV was on and he was trying to pull down her pants as she held on to them.

Both victims said that around 1997 through 2008, Tri groomed them with candy and praised their looks and actions. The suspect gave them uncomfortable hugs as he looked for ways to get them alone, they allege.

Nguyen said that Tri would ask her to sit on his lap and he would then grope her and run his fingers all over her body.

Both victims said that as members of the Vietnamese immigrant community they were expected not to challenge authority figures particularly religious leaders.

The victims finally left the temple after always trying to avoid the suspect.

Le finally revisited what happened as an adult and found four other women, including Nguyen, with similar allegations.

They are concerned that there are more victims and also say that other other temple leaders and volunteers have also sexually molested children placed under their care.

The women filed a complaint with the SAPD in 2017 but the OCDA rejected their claims due to a lack of sufficient evidence.

Tri remains at the temple today as head monk for special ceremonies but is reportedly retired.

The temple’s lawyer, who also represents Tri, says that they refute the allegations.